Menu
Welcome to our school.

Year 2 had a fabulous time at the Manchester Runway Park on Monday 7th November. After learning all about the Wright brothers - the American aviation pioneers who invented, built and flew the world's first successful airplane in 1903 - in their history topic 'First Flight', the children were thrilled to have an up-close look at more modern flying machines!

We had the chance to board real aircraft - the classroom is in the cabin of a DC10. Here children were involved in role-play situations, exploring some of the many jobs that help the airport to run smoothly. Everyone had a chance to hop into the pilot's seat on the flight deck to sample the feeling of being a pilot or a flight engineer!

Although we were unable to get up close to the iconic Concorde, we were able to peek in through the huge hangar windows and children were astonished to learn that this amazing aircraft's cruising speed was 1350 mph!

We were also impressed to witness the landing of an A380 aircraft - currently the largest aircraft in the world (its wingspan is the size of a football pitch!) and even to receive a wave from the pilot as he taxied the aircraft past the Runway Park.

All in all, a fantastic day! The Year 2 team were extremely proud of our children as they represented our school beautifully. 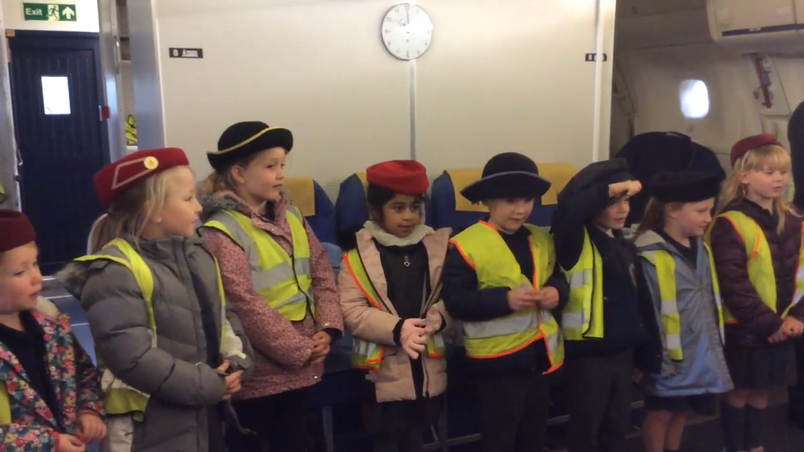 Our wonderful cabin crew give the safety announcement - we’re in good hands! 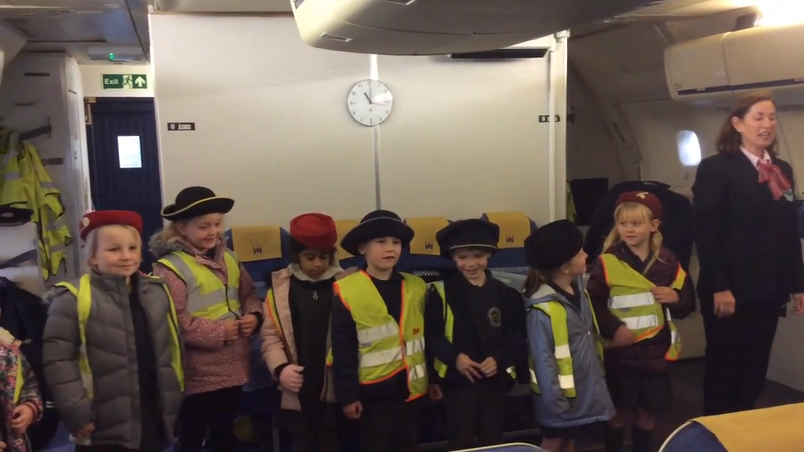 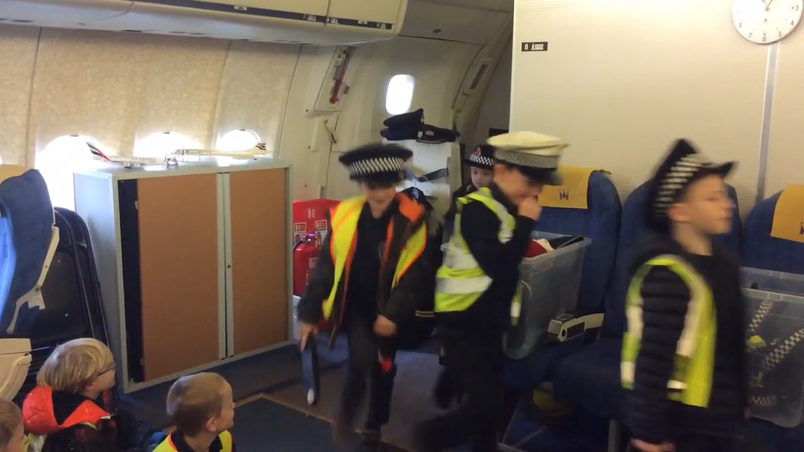 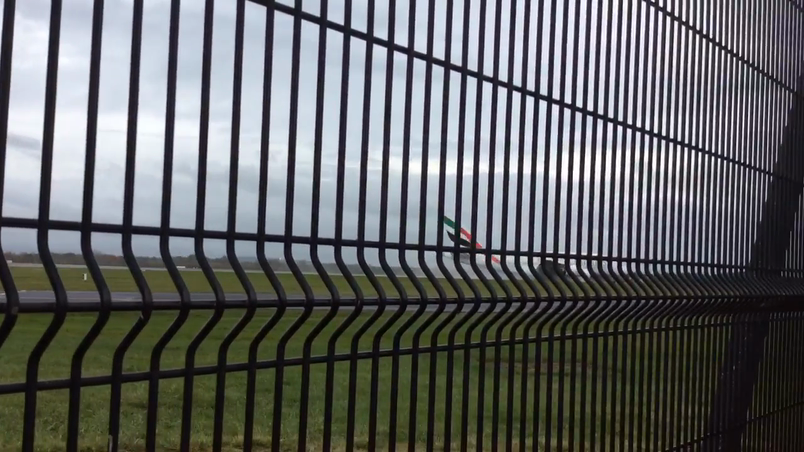 It’s so loud when they apply the brakes!
Top

Unfortunately not the ones with chocolate chips.

Some cookies are necessary in order to make this website function correctly. These are set by default and whilst you can block or delete them by changing your browser settings, some functionality such as being able to log in to the website will not work if you do this. The necessary cookies set on this website are as follows:

Cookies that are not necessary to make the website work, but which enable additional functionality, can also be set. By default these cookies are disabled, but you can choose to enable them below: